Vidinoti is introducing a new feature which is the visualization of 3D objects in augmented reality, in real size, without any image trigger.

For that, we have published a new mobile application V-3Display that you can download on the AppStore or Google Play Store. 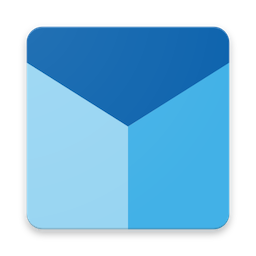 The application uses the latest AR capabilities provided by Apple and Google called ARKit and ARCore. Thus, you need a compatible phone (see section below).

Have fun! Don’t hesitate to give us your feedback about this new feature. It will get improved over time!

This section describes how to create 3D models for Android and iOS. The steps described here will be automated in the V-Director platform soon.

How to create a “Apple Scenekit compatible” file

If you want to upload a 3D model compatible with ARKit and Scenekit in the 3D Library, follow the steps described here.

Xcode supports SceneKit (.scn) and Collada (.dae) 3D models formats. SceneKit files can be uploaded in V-Library without modifications, but Collada files are not directly compatible with SceneKit and need to be modified. To do so, open a Xcode project, create a new Asset Catalogue and change its extension to “.scnassets”. Then drag&drop the Collada file and its textures in the folder. The files will be copied and Xcode will automatically run a script to make the Collada file compatible with SceneKit.

Xcode offers now the possibility to convert it to a .scn file in order to be able to modify its attributes, materials and physics properties directly in the SceneKit editor. To do so, select your dae file in the project navigator, Show the scene graph view and select the root node in the scene graph. Go to the scene inspector and click on the button “Convert Scene to Y up” under the section “Metrics”. A prompt asks you to convert the file to SCN format, confirm and it’s done.

How to create an “Android Sceneform compatible” file

By doing so, you will obtain a single .sfb file that you can then upload on V-Director.